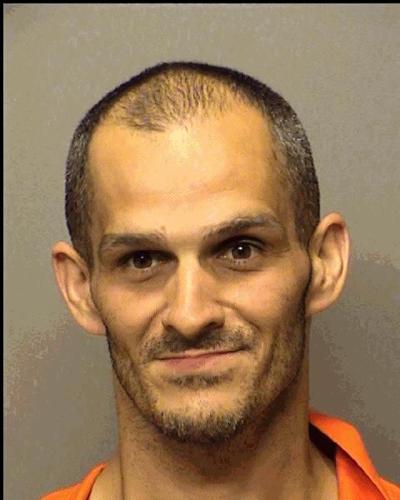 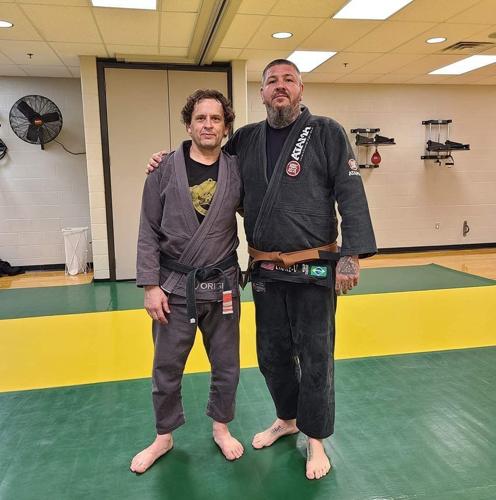 PORTAGE — A mixed martial arts fighter on his way to visit his mother pulled over to subdue a wanted man attacking a Porter County Sheriff's Office patrolman, police said.

Not only did Valparaiso resident William Cassoday not hesitate to stop to help Patrolman Jamison Smith, but he came armed with experience as a mixed martial arts fighter and brown belt in Brazilian jiu-jitsu.

"Stuff like that doesn't bother me," Cassoday, 39, humbly said while looking back on the Monday afternoon incident.

Cassoday said he was driving with his wife to Portage to see his mother shortly after 4 p.m. Monday when he noticed a Porter County police officer stopped along Swanson Road talking to another man.

"As I was passing, I see the guy swinging at the cop," Cassoday said.

Cassoday said he pulled over and ran back to the scene, making sure he came up wide along the side so as not to surprise the officer, who already had his hands full.

As the man attacking the officer — later identified as Christopher Delgado, 37, of Valparaiso — repositioned himself to take on two people, Cassoday said he turned Delgado's body and from behind, placed him in what is known as a "rear naked choke." The martial arts move involves placing one arm around another's neck from behind and then using the other arm to tighten the hold.

"He just kind of went limp for a moment," Cassoday said.

Cassoday said he held on long enough to help take Delgado to the ground and for Smith to place him in handcuffs. He guessed his entire response lasted no longer than about 15 seconds.

Smith reported that he was traveling south on Swanson Road around 4:17 p.m. Monday when he saw Delgado, whom he knew as wanted on a local warrant on a charge of auto theft.

While wearing a tactical vest with the word "sheriff" in yellow writing on both front and back, the officer said he approached Delgado, who claimed to be someone else.

Cassoday stepped in while the struggle was underway.

Smith said he suffered swelling above his right eyebrow from a punch delivered by Delgado.

Delgado was taken into custody and faces a felony count of battery on a law enforcement officer resulting in bodily injury and misdemeanor resisting law enforcement and false informing, the report says.

"Putting his own safety aside, he ran into harm's way, assisting Officer Smith in taking a felon into custody," McFalls said.

"Mr. Cassoday willingly jumped into a fight, in which our officer was being violently attacked," he said.

"We are grateful to serve our community, one which supports law and order," McFalls said. "Mr. Cassoday exemplified what it means to be a resident of Porter County. We will be honoring him in the near future."

Cassoday, who works out with several area police officers with Choke-U Martial Arts School at the Valparaiso Family YMCA, said that while he did not realize it at first, he knows Smith, who is a friend of the family.

Cassoday could not guess where the incident would have led had he not been passing by at exactly the right time. But he said, unlike a police officer, he had the advantage of not having to think about protocol when confronting an aggressive person.

Track air quality and rainfall in Indiana with these six charts

Two children are among the five people found dead in what officials are calling a “domestic-related incident” in Buffalo Grove.

The tree was estimated to be 248 years old, meaning it was just a sapling the day the American colonies sent a strongly worded letter to the king in 1776.

“The outreach from the Chippewa Valley and throughout the state of Wisconsin has been amazing," Sheriff Cory Schalinske said.

A 10-year-old Milwaukee boy intentionally aimed a gun at his mother, then shot and killed her, because she would not buy him a virtual reality headset, prosecutors said.

In places like Hudson, Wisconsin, right-wing voters see an America under attack

They see a dark place, dangerous, where freedom is under attack by a tyrannical government and clans of neighbors might someday have to band together to protect one another.

SSM Health Dean was a planning an orthopedics ambulatory surgery center, which the new group says it will now build, along with an orthopedics hospital.

The case is one of 350 eviction cases filed so far this year in Rock County Court as COVID-19 rent assistance and relief programs fade away.

Mount La Crosse has been making snow for about three weeks to prepare for Saturday’s opening, the general manager said.

After budget cuts and consolidations, the campus' enrollment is down 90% from 2014, and UW-Platteville was ordered to shutter the campus.

G7 price cap on Russian oil kicks in, Russia will only sell at market price

This historic crown is being readied for King Charles's Coronation Day

This historic crown is being readied for King Charles's Coronation Day