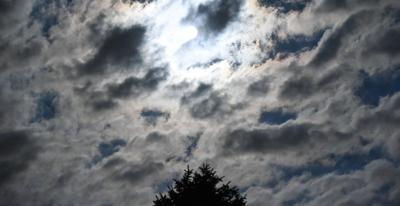 YORKVILLE — We are losing the night sky. As more of southeastern Wisconsin is developed, with more housing and more business development on the planet’s surface, the sky inversely becomes darker.

“Light pollution” is the effect of manmade lights making it more difficult (and in some cases impossible) to see the stars and other phenomena of the night sky. One little flashlight doesn’t do much, but whole cities have wide-ranging effects beyond just urban centers.

While on the surface, light pollution appears to be superficial, the impacts are profound. Research has indicated that it is malefic to human sleep and disrupts wildlife’s natural patterns, including being a distraction that can veer migrating birds off-course and negatively impact how trees grow.

Also, keeping electric lights on all night for no reason is a waste of power that only adds to traditional pollution, needlessly putting more CO2 into the air.

Stargazers are acutely aware of this.

After a childhood of watching the sky through the family telescope, Alan Cicero stopped looking up in adulthood. He took to photography; as a little league coach, his teams became known as the ones where each player would get a custom baseball card with a picture of them playing on the front and their stats on the back.

Rearing a family in northern Illinois, being unable to see the night sky in its purity was just a fact of life. Now living in northern Kenosha County, Cicero recently purchased powerful binoculars and is looking to get his hands on a full-fledged telescope. He also recently became a member of the Racine Astronomical Society, joining other hobbyists to recapture the wonder he felt as a kid watching the stars.

“It makes you feel how small you really are … puts it into perspective,” Cicero said.

Once a month, while weather allows, the Racine Astronomical Society hosts no-cost open houses at the Modine-Benstead Observatory, 112 63rd Drive, about three miles north of Union Grove. There, the amateur astronomers give the public reason to look up at what they might be not be seeing in their overly-lit suburban neighborhoods.

Another member of the Racine Astronomical Society — Tom, who declined to share his full name — said the view of the stars from his Somers home is worsened by the 24/7 lights of the nearby Foxconn complex. He often goes to the Bong Recreational Area in Kenosha County or to the observatory to get his night-sky fix.

What Tom is experiencing is called “light trespass,” which is loosely defined as when a neighbor’s artificial lights spill onto your property.

There are simple ways to reduce this.

Adding “shields” (i.e. opaque lampshades) to streetlights and other outdoor lighting fixtures, angling lightbulbs downward rather than letting the light out in a sphere of directions, and dimming or turning off lights when there’s nobody around can keep parking lots and streets illuminated without “blacking out” the stars.

In an article about light trespass published in July, Andrea Stanley of The New York Times wrote, “As one woman from a nearby upstate town posed to me: What is the point of an illuminated shrub at 2 a.m.?” Later in the article, Stanley wondered if Vincent van Gogh would ever have been able to visualize his “The Starry Night” masterpiece if modern light pollution had dimmed the 19th century Dutch painter’s view of the Milky Way.

Some cities have firm ordinances that aim to curb light trespass and preserve residents’ star views, but they are rare. Few such laws are in place locally.

The Village of Mount Pleasant only in January codified its first-ever lighting policies. The new laws say that “all light sources must be concealed or fully shielded to minimize the potential for glare and unnecessary diffusion and light trespass onto adjacent property.” Also, all newly installed outdoor lights must be pointed downward. “Uplighting” — i.e. having a light directed into the sky — is essentially banned.

“Lighting should be directed at the ground, rather than flood lighting that goes across broader areas,” Mount Pleasant Community Development Director Sam Schultz said of the village’s relatively new laws. The ordinances, however, only apply to new developments and new construction; pre-existing light polluters can continue wasting light as they please.

The village’s new ordinances also include requirements that parking lots have their light fixtures a certain distance away from neighboring properties. There’s also an ordinance that allows the village to require proposed plans to include explicit “outdoor lighting plans.”

“We’re in an urbanizing area … It becomes a more frequent concern,” Schultz said of why laws regulating light pollution came to the forefront.

Simultaneously, Schultz noted, there remain lighting minimums when safety is concerned. Certain roads and parking lots, for example, must be lit somewhat around the clock.

In municipal planning circles, proactive lighting ordinances only became in vogue within the past decade, Schultz said. One of the driving factors was how cheap and ubiquitous incredibly bright LED lights have become.

Nowadays, “you can crank out stadium lighting with very little power,” Schultz said.

Some communities go even further to protect the stars.

The International Dark-Sky Association lists dozens of designated “Dark Sky Places” throughout the globe where there are local laws banning or limiting light pollution. There is only one such place in Wisconsin: Newport State Park near the northern tip of Door County.

(Of course, there are plenty of rural areas without consistent light pollution in the U.S. and throughout the planet, but most are not governmentally protected or designated as Dark Sky Places.)

Even closer to southeastern Wisconsin, the township of Homer Glen, Illinois — located about 30 miles southwest of Chicago — is a designated Dark Sky Place. Homer Glen was the country’s first Dark Sky Community east of the Mississippi River. It has been promoting stargazing throughout Chicagoland and has had laws in place curbing light pollution since 2007.

Seeing and forgetting the skies

Modern Americans’ loss of understanding of what the night sky naturally looks like is perhaps no better illustrated than by a single incident less than 30 years ago.

During a massive blackout in Los Angeles in 1994, emergency dispatchers were flooded with 911 calls from L.A. residents afraid there was something sinister with the sky. But nothing was wrong with the sky. The urbanites were just seeing the Milky Way for the first time and were afraid it was something unnatural.

They’d never seen the night sky in its pure form before. They didn’t know what the sky actually looked like.

Some nights from the observation deck of the Modine-Benstead Observatory you can see the lights of Chicago 70 miles to the south. But the more development encroaches on the Union Grove area, the less useful the observatory can be. In the coming decades, it could become a museum if its surroundings become too bright and cease to be considerate neighbors for the observatory’s two massive telescopes to zoom in on the universe.

Talking to the stargazers, their amazement at the breadth of the universe is palpable. When chatting with a reporter, Tom used a high-powered palm-sized laser pointer to indicate Vega, one of the five brightest stars in Earth’s night sky. It’s a mere 25 lightyears (or 147 trillion miles) away, practically next-door in astral terms.

“That light is from 25 years ago,” said Tom. “For me, it’s a sense of awe and wonder seeing a night sky. You can see these stars. It’s history.”

Next, Tom pointed to another star about as bright in the sky as Vega: Antares. However, Antares is 554.5 lightyears away. But, it is massive. Six-hundred-seventy-nine times bigger than the sun. If Antares’ core was located where the sun is, it would be so big that the orbits of Mercury, Venus, Earth and Mars would be inside it.

“For me, it’s amazing how massive the universe is,” Cicero said, adding that it’s impossible to appreciate the universe “until you look through a telescope and get that ‘wow’ factor.”

The centerpiece of the Modine-Benstead Observatory is the Ronald E. Jones Telescope, a 3,000-pound beast whose weight is so perfectly balanced that it can be redirected from pointing at one celestial body to the next with a mere touch.

The night of Friday, Sept. 9, during the society’s monthly open house, Brian Jensen of the Racine Astronomical Society moved the telescope from pointing at Saturn and Jupiter and back again — depending on which planet was more exposed without clouds blocking the view.

Unlike a photograph, the dozens of novice stargazers who waited in line to look through its lenses could literally see the rings of Saturn, magnified up to 500 times through the mirrors within the telescope. Saturn in the night sky is typically no brighter than a dot, if that. But the telescopes can bring distant sights into anyone’s corneas. Not a photo. Not an image. An actual sight of those silent rings 836 million miles away.

In photos: A night of stargazing at the Modine-Benstead Observatory near Union Grove

A total loss Sept. 12-13 structure fire in rural Sugar Creek, west of Elkhorn, left a swath of destruction in its wake, including the loss of …

1. Why was the name of the village of Geneva changed to Lake Geneva in 1882?

Admission to Riviera Beach could increase in 2023

Almost a year after a 1,200-year-old dugout canoe was raised, a 3,000-year-old canoe is pulled from the lake on Thursday and is believed to be the oldest ever found in the Great Lakes Region. 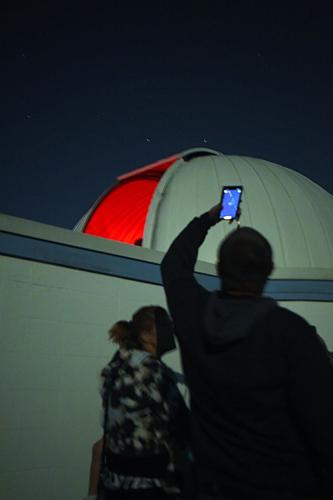 A man uses a constellation application on a smartphone while standing on an observation deck at the Modine-Benstead Observatory and waiting in line to look through the Ronald E. Jones Telescope located inside the red-lit observatory Friday, Sept. 9. 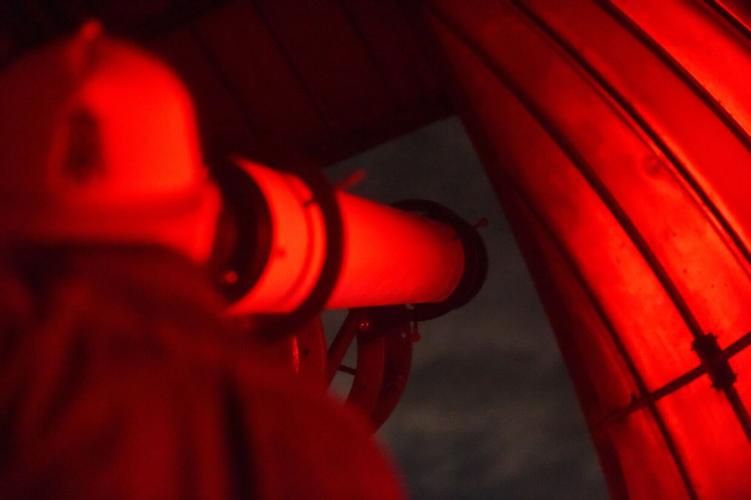 A man looks through the Ronald E. Jones Telescope Sept. 9. 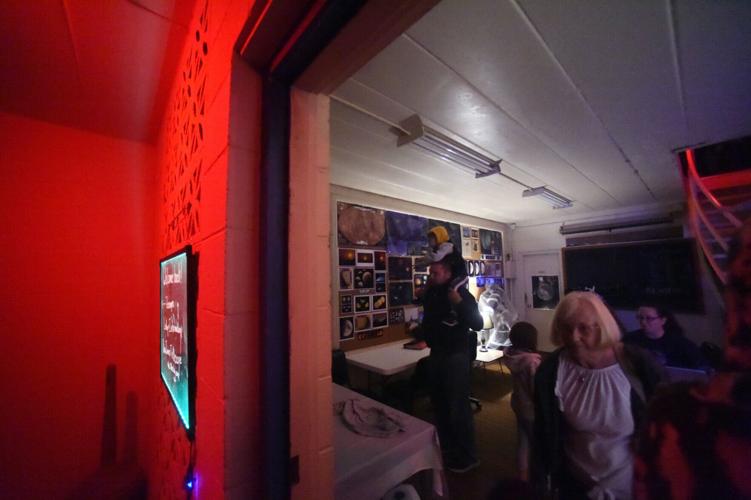 A boy looks at photographs of various celestial bodies from his perch on a man's shoulders at the Modine-Benstead Observatory on Sept. 9.

At around 1 a.m. Monday, May 16, when the first photo at left was taken, the clouds parted above the Caledonia home of Brian Jensen, of the Racine Astronomical Society, allowing him to take these photos of the latter half of the lunar eclipse that began the night of Sunday, May 15, over North America and South America. The red hue that remained for more than an hour was the result of sunlight that passed through Earth's atmosphere appearing on the moon while the Earth blocked sunlight from directly reaching the orbiting celestial body. 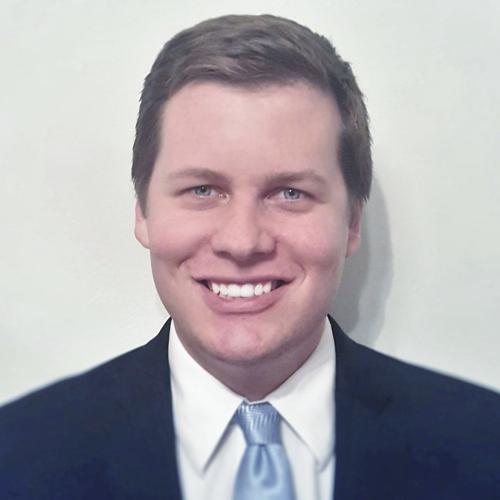 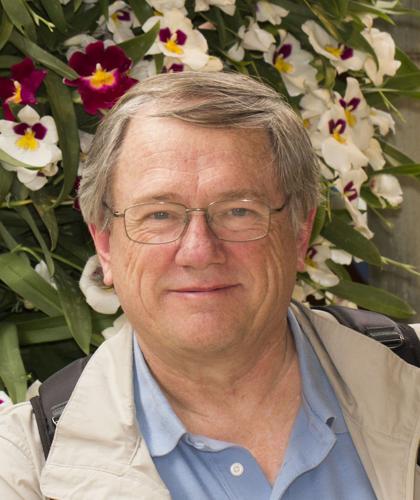