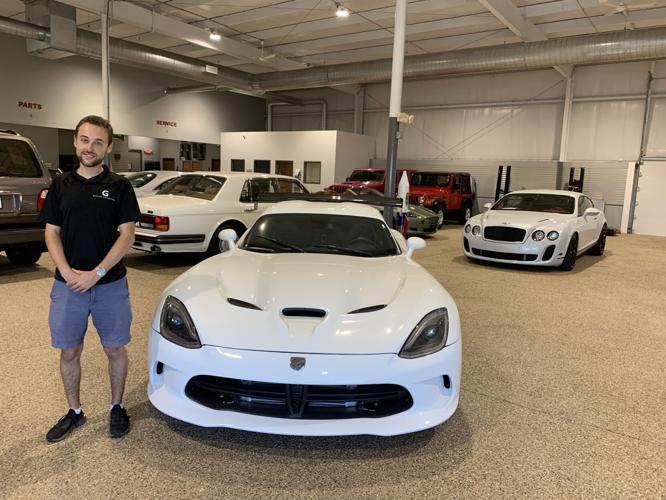 Spencer Giardini, co-owner of Geneva Motorcars, stands next to one of the classic vehicles that his dealership offers. 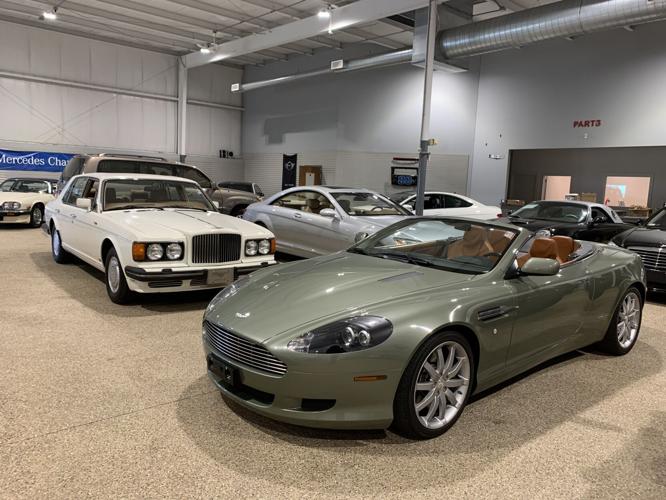 Geneva Motorcars offers a variety of luxury and classic vehicles that can be purchased both onsite and through an online auction website. 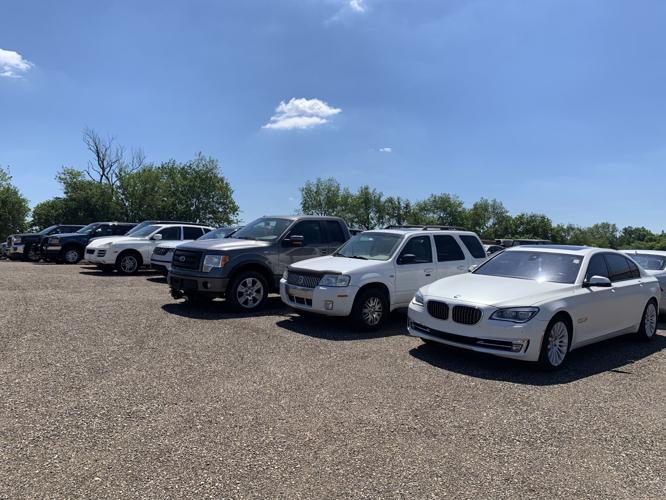 Geneva Motorcars feature large lots where people can view classic and luxury vehicles. The dealership recently was moved to 690 Gerry Way in Darien. 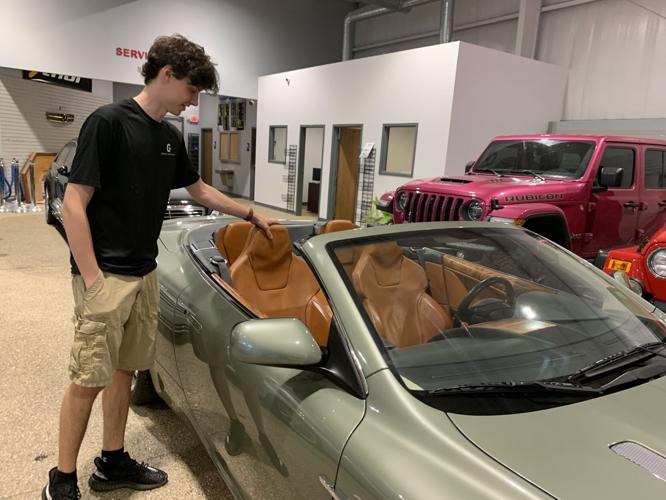 Mason Holder, Geneva Motorcars employee, looks over one of the classic vehicles that the dealership offers. 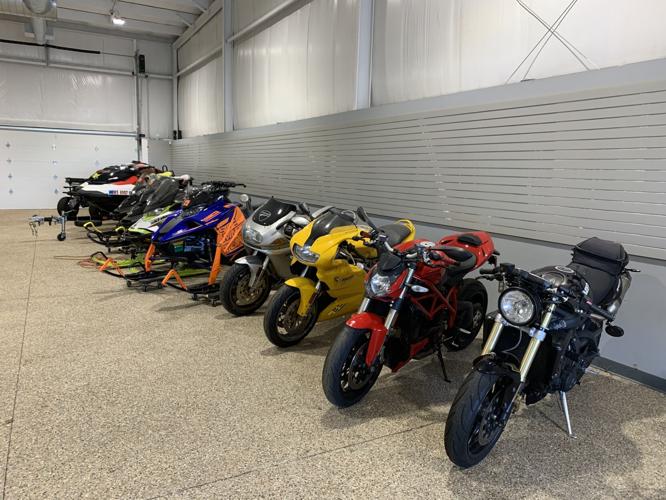 Luxury car dealer, Geneva Motorcars, has opened in a new location in Darien off Highway 43, after outgrowing its old location.

Geneva Motorcars LLC recently moved from an industrial park on Hobbs Road in Delavan to 690 Gerry Way in Darien, the former site of Maxxx Motor Sports.

Spencer Giardini, co-owner of Geneva Motorcars, said he decided to move the business to the Gerry Way location to offer more vehicles to customers.

“We were in Delavan in the industrial park and now we’ve grown to this location,” Giardini said. “Now we want to service the community with more of the cars we got.”

Mason Holder, Geneva Motorcars employee, said the Gerry Way location is an ideal site for the dealership because it is visible from Interstate 43.

“It’s right off the highway,” Holder said. “It gave us a lot of visibility from the road. It’s a good space for a dealership.”

“We do a lot of European stuff,” Holder said. “That’s something we specialize in that is kind of hard to find, especially in the local area.”

The vehicles can be purchased onsite or through auction website, www.bringatrailer.com.

“A lot of people locally are looking for pickup trucks,” Giardini said. “We sell cars all over the country though. A lot of our cars will go all over the place.”

The dealership receives its vehicles from private owners, auctions and car collectors.

“We will find all sorts of cars,” Holder said. “A lot of people will have huge collections. They want to get rid of a couple so they can buy a few more, so we get a lot from collectors. We get vehicles from auctions, and we will fix them up.”

Another reason for moving the dealership to the Darien location is to offer more auto mechanic services.

“Once we get more technicians and get in the back building, it’s going to allow us to offer more things for the public like brake changes, oil changes and engine replacements,” Holder said. “It’s something we’ve been working toward for a long time. We’re finally getting the building cleaned out and getting ready to help the public more, especially for people with European cars who live around this area and have to drive 45 or 50 minutes to get something as simple as an oil change.”

The majority of the owners and employees of Geneva Motorcars are in their early 20s through early 30s. Holder said he started working for the dealership about a year ago after meeting the owners.

“Nobody here exceeds the age of 35,” Holder said. “We’re a group of young people who are kind of trying to work their way through. All of us are really passionate about performance vehicles, rare things that are hard to come by.”

Holder said most people are surprised when they learn about the age range of the employees.

“The way the business is run and the way the owners have been working through everything, I think unless you told people it was run by such young people, you would have no idea,” Holder said. “I think we do a really good job of making sure we’re taking care of everybody and making sure all the cars we get out of here are really high end and taken care of.”

Geneva Motorcars has been in business for about four years.

Giardini said he decided to start the business because of his interests in cars. He said his father has worked as an auto technician for many years, which helped spark his interest in vehicles.

Giardini opened his first business, an automotive parts store, when he was 14 years old.

“My business partner has the same vision I do,” Giardini said. “He’s also grown up in the business.”

Geneva Motorcars is open from 9 a.m. to 5 p.m., Monday through Friday and by appointment on Saturday.

For more information about Geneva Motorcars, call 815-396-8258 or visit www.genevamotorcars.com.

Man supposed to do some remodeling, reportedly grows weed instead at Lake Geneva area home

A Lake Geneva man faces charges after he was causing a physical disturbance at a softball game back in June before getting punched.

Hillmoor purchase approved by Lake Geneva City Council; What is next and what is the cost?

A 4-year-old died after falling in a parking lot and getting hit by a car on Saturday, Beloit police reported.

More funding for road maintenance, additional squads for police and continued support for parks are all part of Walworth County’s proposed 202…

At least 100 dead in Florida after Hurricane Ian

Donald Trump sues CNN for libel, slander over claims they hurt him politically

Donald Trump sues CNN for libel, slander over claims they hurt him politically

Spencer Giardini, co-owner of Geneva Motorcars, stands next to one of the classic vehicles that his dealership offers.

Geneva Motorcars offers a variety of luxury and classic vehicles that can be purchased both onsite and through an online auction website.

Geneva Motorcars feature large lots where people can view classic and luxury vehicles. The dealership recently was moved to 690 Gerry Way in Darien.

Mason Holder, Geneva Motorcars employee, looks over one of the classic vehicles that the dealership offers.