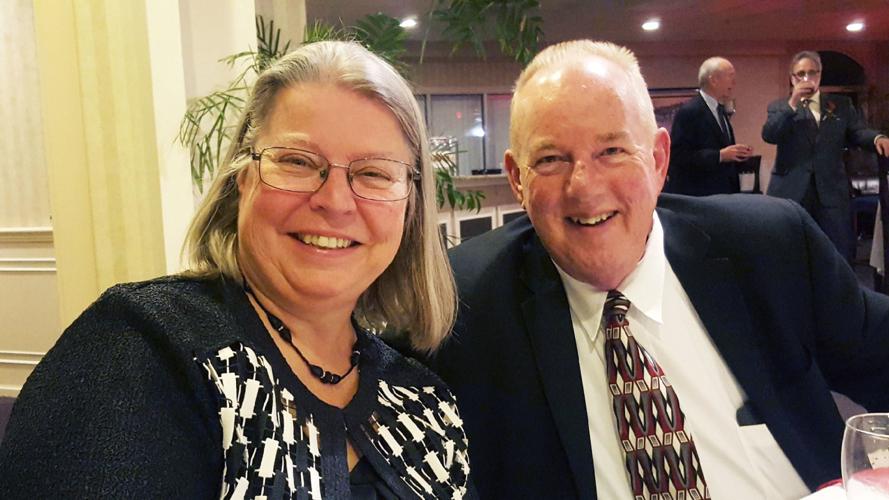 Immanuel United Church of Christ pastor Rev. Roger Harris, right, who died Dec. 18 after serving as pastor for eight years, is shown with his friend and church member Brenda Wenger. 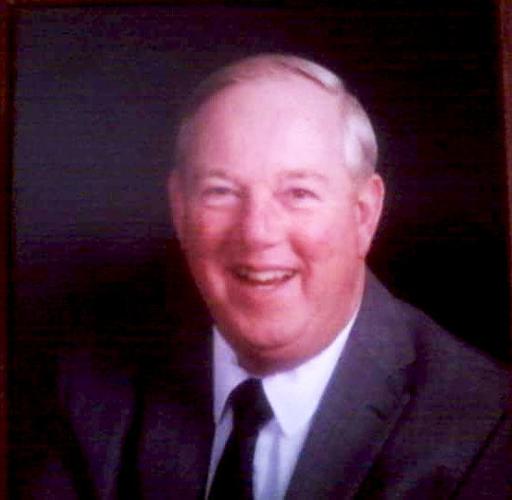 WALWORTH — The Immanuel United Church of Christ community has lost a longtime pastor and community staple, with the death of Rev. Roger Harris.

Harris had served as pastor of Immanuel United for eight years and had solidified himself in the community with his dedication to the church, his openness to those seeking guidance, and his frequent involvement in charitable efforts.

His daughter, Helena Harris, said her father’s impact on the community is evident.

Even when going out to dinner, she said, she is recognized as Roger Harris’ daughter without knowing anyone in the Walworth area.

Church secretary Madeline Zindrick said Roger Harris was one of the few pastors she has ever known who could preach entire sermons from the heart, often without notes.

“One of the best things about his preaching was that even though he might have had it printed and up on the pulpit, he never read it,” Zindrick said. “He always knew what he was preaching about.”

Helena said one of her favorite memories of her father was him bringing her Little Debbie snack cakes after his late-night shift, and staying up to talk with him while eating the treats. Although her father worked long hours, he always made time to attend her and her sibling’s band recitals, sports events and club activities.

“He was my daddy, he was my hero,” Helena said. “He did everything he could to give me and my sisters the best life he could. He worked hard.”

Born and raised in De Queen, Arkansas, Harris served as class president in both his junior and senior year of high school. Taking an interest in baseball, Harris played through all four of his college years while studying physical education and English before becoming a high school baseball coach.

Realizing that a coach’s salary made for difficult living, Harris entered seminary before earning his reverend title on April 29, 1984, and going on to serve four separate churches in Arkansas for 19 years.

Having a passion for seeing positive outcomes for children, Rogers worked as a counselor at a juvenile holding facility, founded what is now the largest Fellowship of Christian Athletes in Arkansas, and won several community awards for assisting community youth.

He also worked undercover with the U.S. marshal’s office to combat drug issues in Arkansas, which led to his relocation in Wisconsin and his involvement with Immanuel United.

In the Walworth area, Harris was active in the Big Foot Lions Club and with church fundraisers.

Zindrick said she has no doubt the community will feel his absence.

“He was a very good pastor,” she said.

In the final months of his life, Harris had battled lung cancer with chemotherapy treatment, beating the cancer but eventually succumbing to lung complications.

Harris’ close friend and church member, Brenda Wenger, was there during his final moments along with Helena Harris.

“He passed very peacefully, he just faded away,” Wenger said. “He was at peace with everything going on.”

Harris’ service, which he coordinated himself before his passing, was held Dec. 28 at Immanuel United, 111 Fremont St.

A 20-year cheddar is revealed

Immanuel United Church of Christ pastor Rev. Roger Harris, right, who died Dec. 18 after serving as pastor for eight years, is shown with his friend and church member Brenda Wenger.